Posted on October 11, 2013 by Curated Curiosity

Our “Coven” story opens in 1830’s New Orleans, where we meet the terrifying supreme Madame LaLaurie. (Kathy Bates) She appears to have taken some tips from the Countess of Hungary, Erzsébet Báthory, who was famed to using an iron maiden to bathe in the blood of virgins in an attempt to restore a youthful appearance. However; as we’re informed later in the story, the Madame makes a poltice of pancreas among other things to bathe her skin in. She also subjects her daughter to removing the pancreas from captive slaves in the attic.
The slave, Bastian, is seduced by the daughter if the house and fornicates with her, much to his chagrin as he mentioned earlier he was promised to someone else. Madame LaLaurie catches word and tortures the young man til he cannot speak, and as a final act, places a Minotaur head on him, almost completing her collection of oddities.

Then we meet Zoe, (Taissa Formiga, formerly Violet season 1) a girl who when losing her virginity causes her boyfriend to have a “brain aneurysm.” Which even she knows isn’t the truth. Shes told she is a witch, and suddenly the Head of the Witches Council, Myrtle Snow, appears and takes Zoe away to a private school for witches, Miss Robichaux’s Academy for Exceptional Gifted Girls.
The girls of the house prank Zoe upon arrival, and quickly introduce themselves.
Madison Montgomery (Emma Roberts) – a movie star gone rogue, when told she wasn’t “hitting the mark” on stage she used her powers to kill the stage manager with a light”
Nan- ( Jamie Brewer- formerly Adelaide “addie” from season 1) is a clairvoyant who clearly knows more than the girls give her credit for.
Queenie- (Gabourey Sidibe) is a self confessed human voodoo doll.
We also meet the head mistress of the academy, Cordelia Foxx (Sarah Paulson, formerly Lana from season 2). As mild mannered as she seems she makes it clear there is a threat among society for the witches, but it’s clear shes probably too soft to teach the girls how to properly defend themselves.

-a tall, stiletto heel reaches out of a car… And it must belong to Jessica Lange…

Of course it does. How much do we love her southern, no bullshit, classy charm?

It’s obvious she has some inability to cope with aging, after forcing a young man to give her unapproved medication for youth restoration, blasting “the garden of Eden” while snorting lines of cocaine from the counter… Oh Jessica how we missed you.

In this season, however, our southern beauty is none other than the current reigning Supreme, also known as Fiona Goode, and is Cordelia’s mother. It’s clear their relationship is marred by Fiona’s disappointment in cordelia, however, Fiona’s here to stay so let the games begin!

Zoe and Madison go to a frat party and get more than they bargained for. Zoe meets a lovely young boy, and Madison gets drugged and raped repeatedly by several frat members.

Kyle (Evan peters) tries to stop them but gets knocked out on the bus. The boys are told to erase the videos they took on their phones.
A panic stricken Zoe runs after the bus screaming for them to stop, and up struts madison, clearly wrought with pain, takes one look at the bus, raises her hand, and flips it. Killing almost everyone on board.

The next morning the girls meet the Supreme. It isn’t long before Madison learns her place and toes the line. On a field trip they come across Madame LaLauries home, and Nan hears things. She tells the Supreme where the Madame is buried.
Zoe leaves to the hospital hoping Kyle is one of the 2 survivors. Turns out, the only one left is the one who started it all…

Zoe leaves us with these parting thoughts:
“When the levies broke, the people of New Orleans were tested. Those who stayed, stayed for a reason. With that came a sense of purpose and community. That’s what happens in a crisis: all the bullshit falls away and what is left is just so raw, and vulnerable… It’s agony to let people see you so exposed. It takes a huge amount of trust… And for most of us, that trust was shattered long ago. But like it or not, we need each other. We need each other desperately. My mother was right, the world isn’t safe for a girl like me. But maybe I’m not safe for the world either. And since ill never be able to experience real love, might as well put this curse to good use”

She climbs on him, puts him inside her, and rides him til death.

The last scene shows the Supreme resurrecting Madame LaLaurie. The last pice of dry wit Miss Lange leaves us with is a condescending remark toward Madame LaLaurie and her tired attire:
“Come on, Mary Todd Lincoln, I’ll buy you a drink”

I am the only one who thinks Evan peters will be back???? Or will the head of the witches council and the supreme butt heads like Constance and Moira did? Let’s wait and see! 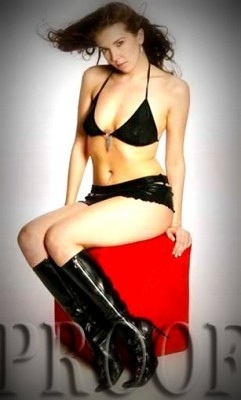